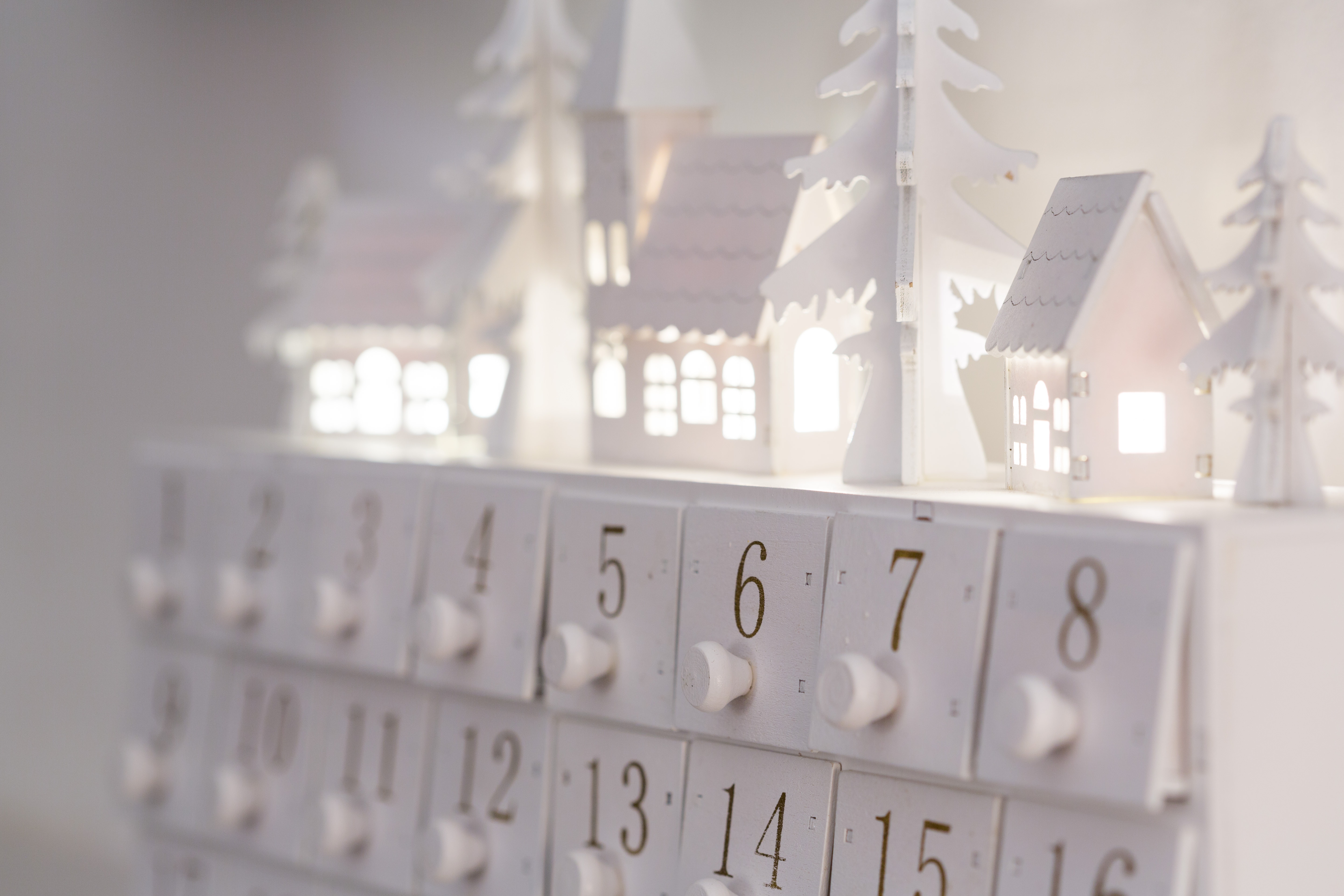 December second marked the beginning of this year’s advent season.

As a child in the Methodist church, I looked forward to the lighting of the advent candle inside the advent wreath. One candle was lit each week leading up to Christmas while we remembered the hope, love, joy, and peace that Jesus brings us. On Christmas Eve, the last and largest candle was lit to symbolize Jesus as the Light of the World. (The Advent wreath began in the time of the Protestant reformer Martin Luther.)

Though I enjoyed the stories and sense of mystery that accompanied the tradition, I have to admit that I enjoyed a different advent tradition much more—opening the tiny door on my advent calendar and finding my special candy.

The dictionary definition of advent is the arrival of a notable person, thing, or event. In Christian theology advent is the coming or the second coming of Christ. Saints from before and after Jesus’s birth anticipated his Advent.

Consider what my pastor, Nathan Franckhauser says, “Old Testament believers looked to a Messiah, the Seed of Abraham, who was coming. We look to a Messiah who died on a cross, was risen three days later, and will return.”

This advent season, I want to reflect on four examples of our Messiah. Four displays from before he walked the dusty roads of Judea. Four glimpses that provided Old Testament believers with the ability to look toward, search for, and anticipate his first Advent.

The Savior in Creation

John lays out the Divinity of Jesus for us, telling us that Jesus was in the beginning with God and that Jesus was God. That it was through Him that all things were created.

The writer of Hebrews concurs with John by writing, “God, after He spoke long ago to the fathers in the prophets in many portions and in many ways, in these last days has spoken to us in His Son, whom He appointed heir of all things, through whom also He made the world.” Hebrews 1:1-2

Paul writes in Colossians, “For by Him [Jesus] all things were created, both in the heavens and on earth, visible and invisible, whether thrones or dominions or rulers or authorities—all things have been created through Him and for Him.” Colossians 1:16

Creation was made through Christ, the Trinity working in unison. But was this evident in the Old Testament or was it merely Christian theology built upon a Jewish foundation? In John 5:39 Jesus is quoted as saying, “You search the Scriptures because you think that in them you have eternal life; it is these that testify about Me.”

In Hebrew, the first verse of the Torah reads, “beresheet bara elohim” this is what it looks like in Hebrew: (read right to left)

It is interesting that, from all the names for God that the Holy Spirit could have inspired Moses to use, He chose Elohim, which is a plural form of God. In the third word of the scriptures, God gives humankind the first glimpse into his Trinitarian nature.

In the Divine Conquest, A.W. Tozer wrote, “Redemption is not a strange work which God turned aside for a moment to do. Rather it is His same work performed in a new field—the field of human catastrophe.

“And how could the strong yearnings of God’s heart over that lost soul be more perfectly expressed than by saying that “the Spirit of God brooded upon the face of the waters?” And from what source could light come to that sin-shrouded soul had God not said, “Let there be light?

“At his word the light breaks and the lost man arises to drink of eternal life and follow the Light of the World. As order and fruitfulness came next to that ancient creation, so moral order and spiritual fruit follow next in human experience.”

Christ is the redemption of creation and the story of redemption is evidenced through creation. In Romans 1:20, Paul wrote, “For since the creation of the world His invisible attributes, His eternal power and divine nature, have been clearly seen, being understood through what has been made, so that they are without excuse.”

Christ is the redemption of creation and the story of redemption is evidenced through creation. Click To Tweet

Not only do we see God’s invisible attributes through the daily evidence of creation, but we were gifted in our collective consciousness with the memory of creation. The need for sacrificial atonement is a global knowledge, practiced (and distorted) worldwide. Through the order and knowledge of creation itself, God narrated His plan of redemption. Consider:

[Jesus said] No one can come to Me unless the Father who sent Me draws him; and I will raise him up on the last day. John 6:44

It is the Spirit who gives life; the flesh profits nothing; the words that I have spoken to you are spirit and are life. John 6:63

Then God said, “Let there be light”; and there was light. Genesis 1:3

Then Jesus again spoke to them, saying, “I am the Light of the world; he who follows Me will not walk in the darkness, but will have the Light of life.”  John 8:12

God saw that the light was good; and God separated the light from the darkness. Genesis 1:4

…to open their eyes so that they may turn from darkness to light and from the dominion of Satan to God, that they may receive forgiveness of sins and an inheritance among those who have been sanctified by faith in Me.’ Acts 26:18

…so that you will walk in a manner worthy of the Lord, to please Him in all respects, bearing fruit in every good work and increasing in the knowledge of God… Colossians 1:10

It is a trustworthy statement: For if we died with Him, we will also live with Him;

If we endure, we will also reign with Him;

If we deny Him, He also will deny us;

If we are faithless, He remains faithful, for He cannot deny Himself. 2 Timothy 2:11-13

God was not surprised by man’s rebellion. His plan of redemption was written in Creation before the Fall.

Revelation 13:8 tells us that Jesus was the Lamb who was slain from the foundation of the world. God’s promise to Satan that Eve’s seed would crush him must still have been ringing in Eve’s ears as she watched the first sacrifice take place. An innocent animal died to cover her and Adam’s shame.

As God placed the skins over their shoulders, Adam and Eve began to look forward to a coming Redeemer who would put right what their sin had wrecked—right relationship with God. From that moment on, faithful believers lived in a state of hopeful anticipation as they awaited the Advent of the Christ.

God was not surprised by man’s rebellion. His plan of redemption was written in Creation before the Fall. Click To Tweet

What Advent traditions do you find spiritually fulfilling? Which are your favorite? Why? 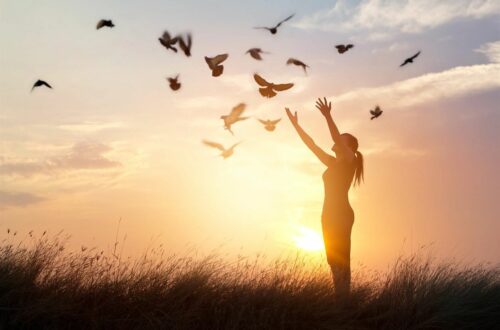 Jesus in the New Year 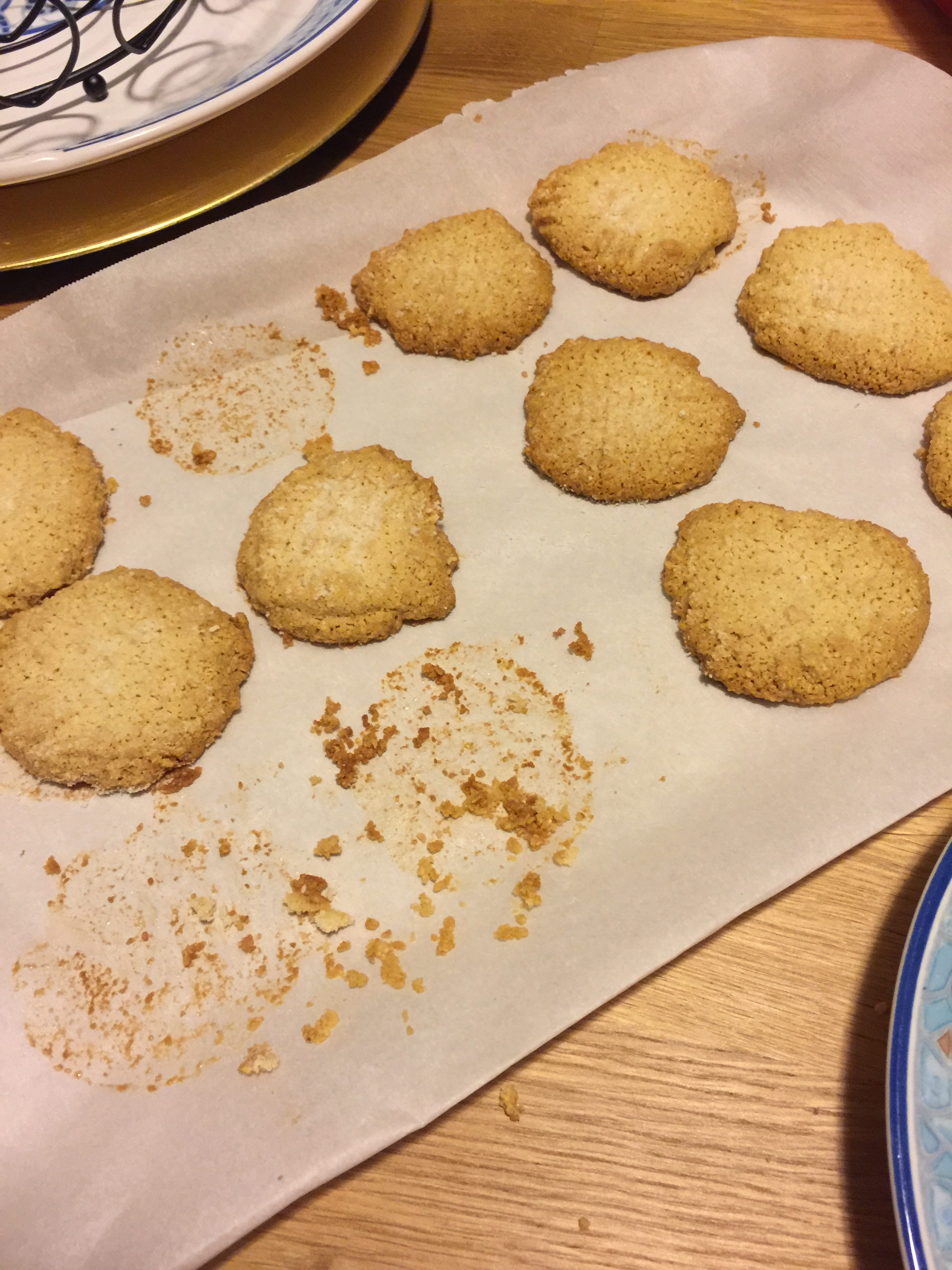 Melt in your mouth deliciousness… 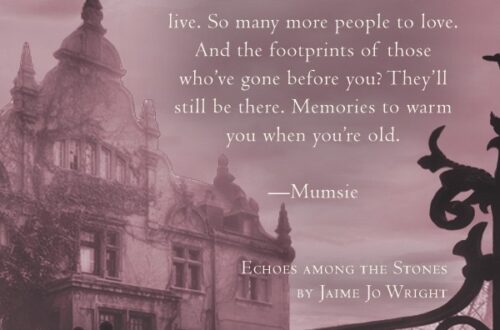 Jaime Jo does it Again!