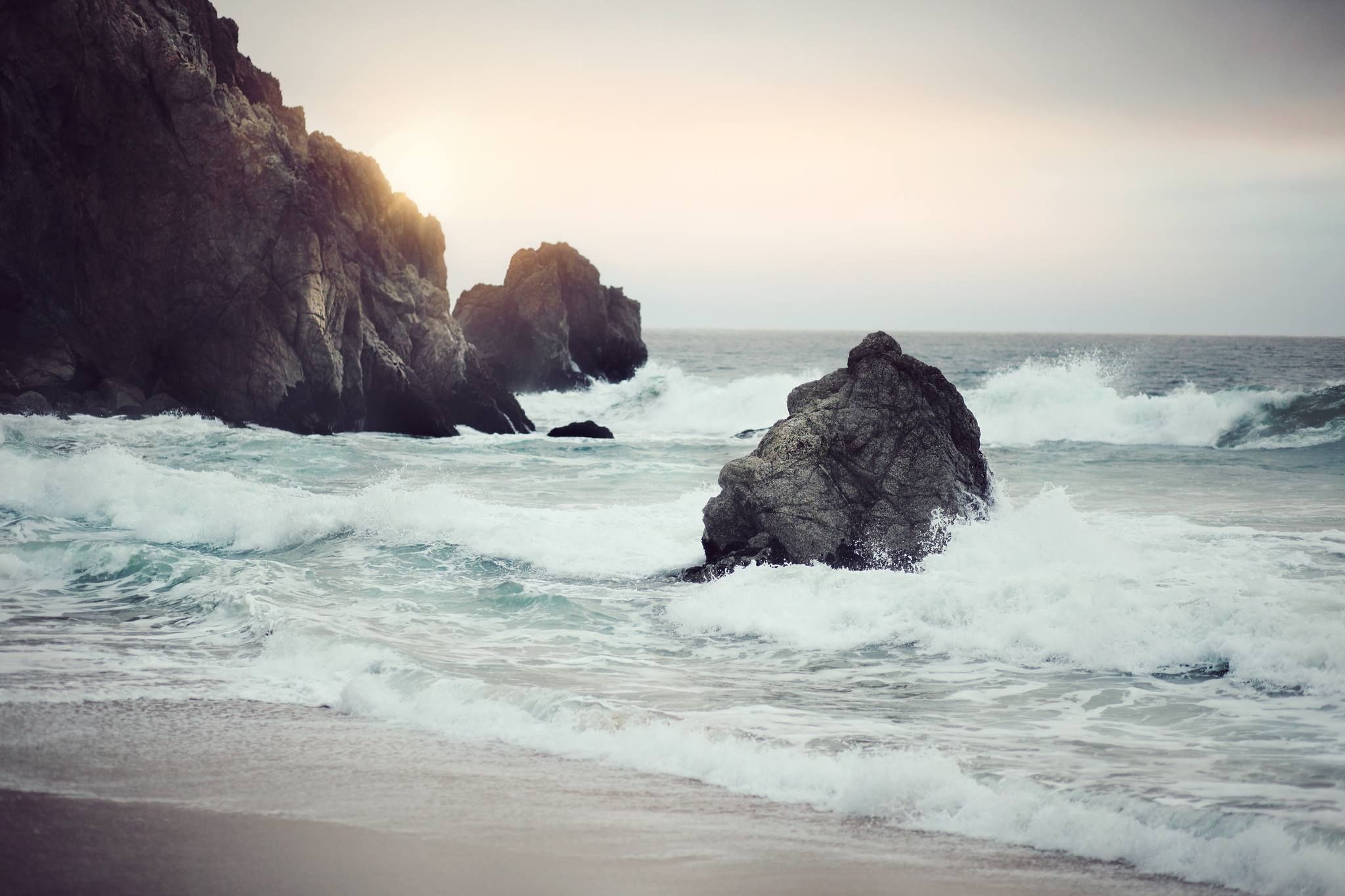 I grounded my kids until Christmas—from technology. It’s usually my parenting mantra to make every punishment work for me.

I didn’t think this one through, which means I pretty much punished myself until Christmas.

However, when I sent them to their grandparent’s for the night, I had compassion. Not on my kids—compassion on my parents. I broke down and allowed one movie. I’m sure it was a hard decision, considering the fact they won’t see another for months. They agreed on The Prince of Egypt.

My 7-year-old wasn’t happy with the decision. It turns out that the sight of a burning column of fire leading the Israelites to safety was too scary for her.

I can see why this would terrify a child.

As I thought about it, I began to wonder why God's holiness has lost its ability to terrify adults. Click To Tweet

The Immutability of God.

God is immutable. Simply put, immutability means not subject to change. Our God cannot change. He does not change. He has never changed. He will never change. The God who protected Israel with a terrifying column of fire thousands of years ago is the same God we worship in church on Sunday.

In Hebrew 12:29, the writer quotes Deuteronomy 4:24, telling us that God is a consuming fire.

On the subject of God’s immutability, A.W. Tozer reasoned that for God to change, he must do one of three things:

None of that is possible. Malachi 3:6 says, “For I, the Lord, do not change.” Hebrews 13:8 says, “Jesus Christ is the same yesterday and today and forever.”

Do we understand Holiness?

God is holy. So holy, we can’t wrap our minds around it. After the Fall—and because of his mercy—God put barriers between people and himself. No sinful man can look on God and live. His holiness is too great. His holiness incinerates all sin in his presence. His grace put boundaries in place so that we were not burned away.

Jesus didn’t come to bring us a changed/different/better God. Not even a different view of God.

He came to sacrifice himself as the perfect sin offering so that we can approach God while covered in borrowed righteousness. #devotional #holiness #christian Click To Tweet

He died so that we can approach God without being consumed.

Are we now so used to our privilege that we diminish God’s holiness? Do we take it for granted? I know that I am repeatedly guilty of waltzing into his holy presence without a healthy fear for—and grateful appreciation of—the price that entrance cost.

Proverbs 9:10 says, “The fear of the Lord is the beginning of wisdom, and the knowledge of the Holy One is understanding.”

It’s so easy to let small things slide. Things the world would laugh at—white lies, gossip, bad attitudes, wrong thoughts—it’s easy to tell ourselves, “Don’t sweat the small stuff.” Having trouble with some thoughts recently, I took it to God—later than I should have—and asked for help.

As I fell asleep that night, an Old Testament story flashed through my mind. Not exactly the help I was expecting. Miraculous deliverance from wayward thoughts? Yes, I expected that. An upbeat Bible verse about Jesus helping me overcome? I was waiting for something along those lines.

I wasn’t expecting fear and fire from the Old Testament. But isn’t that what Proverbs is telling us? Answers can be found in fear [yir’ah: fear (of God), respect, reverence, piety]?

Can answers to our problems be found in the fear of God? Proverbs 9:10 #christian #devotional Click To Tweet

Jericho, the fortressed entrance into the Promised Land, had just fallen into Israelite hands. Joshua was riding high on victory and had sent a force of three thousand men to obliterate the next obstacle in their way—Ai, a city of twelve-thousand.

But there was no miraculous victory. Only embarrassing defeat as the Israeli warriors fled for their lives. Thirty-six of them never made it back to camp alive.

Now the aged leader was up, early in the morning, ready to find who was responsible for this crushing defeat.

I wonder if, at first, the culprit strutted along with his tribesmen, sure that the small sin he had committed wouldn’t be found out. He’d only taken a robe, some silver shekels, and a bar of gold. After all, his family had wandered the desert for forty years. Before that his ancestors had slaved away under Egyptian rule. Surely a few spoils from their first victory in the Promised Land couldn’t be such a grievous sin.

As the lot fell to his tribe, did the stone of fear drop into Achan’s stomach? When his family was singled out, did sweat trickle between his shoulder blades, wetting the tunic on his back? When Joshua’s eyes landed on Achan’s household, did the man’s legs turn to jelly?

Achan came face-to-face with God’s holiness that day, and the consequence of his disobedience was to be consumed with fire. Afterward, it says, “…the Lord turned from the fierceness of His anger.”

This is the God we serve. The God who never changes. This is the holiness we can’t stand before.

This is why Jesus died.

By the Father’s great compassion, Jesus came to make peace between us. To remove the barrier our sin creates. #devotional #christian Click To Tweet

Colossians 1:20: And through Him to reconcile all things to Himself, having made peace through the blood of His cross.

Ephesians 1:7: In Him we have redemption through His blood, the forgiveness of our trespasses, according to the riches of His grace.

Hebrews 9:14: How much more will the blood of Christ, who through the eternal Spirit offered Himself without blemish to God, cleanse your conscience from dead works to serve the living God?

Hebrews 10:19: Therefore, brethren, since we have confidence to enter the holy place by the blood of Jesus.

Romans 5:9: Much more then, having now been justified by His blood, we shall be saved from the wrath of God through Him.

In light of God’s intense holiness and understanding the heavy price that was paid to cover our sins, let us worship with reverence and rejoice with trembling, grateful for the peace that was made through Jesus’ blood, knowing it was his great sacrifice that allows us to approach God without fear. 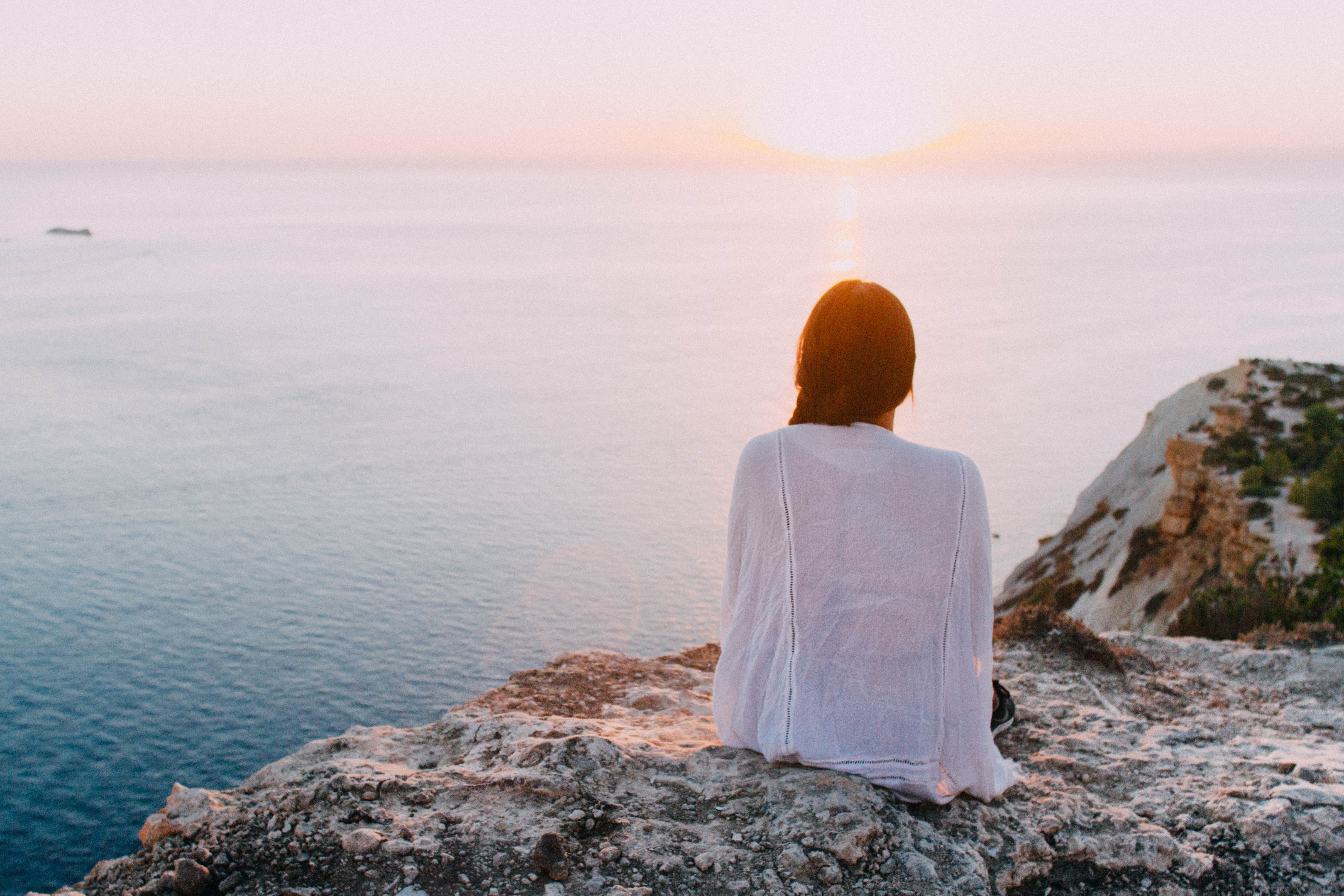 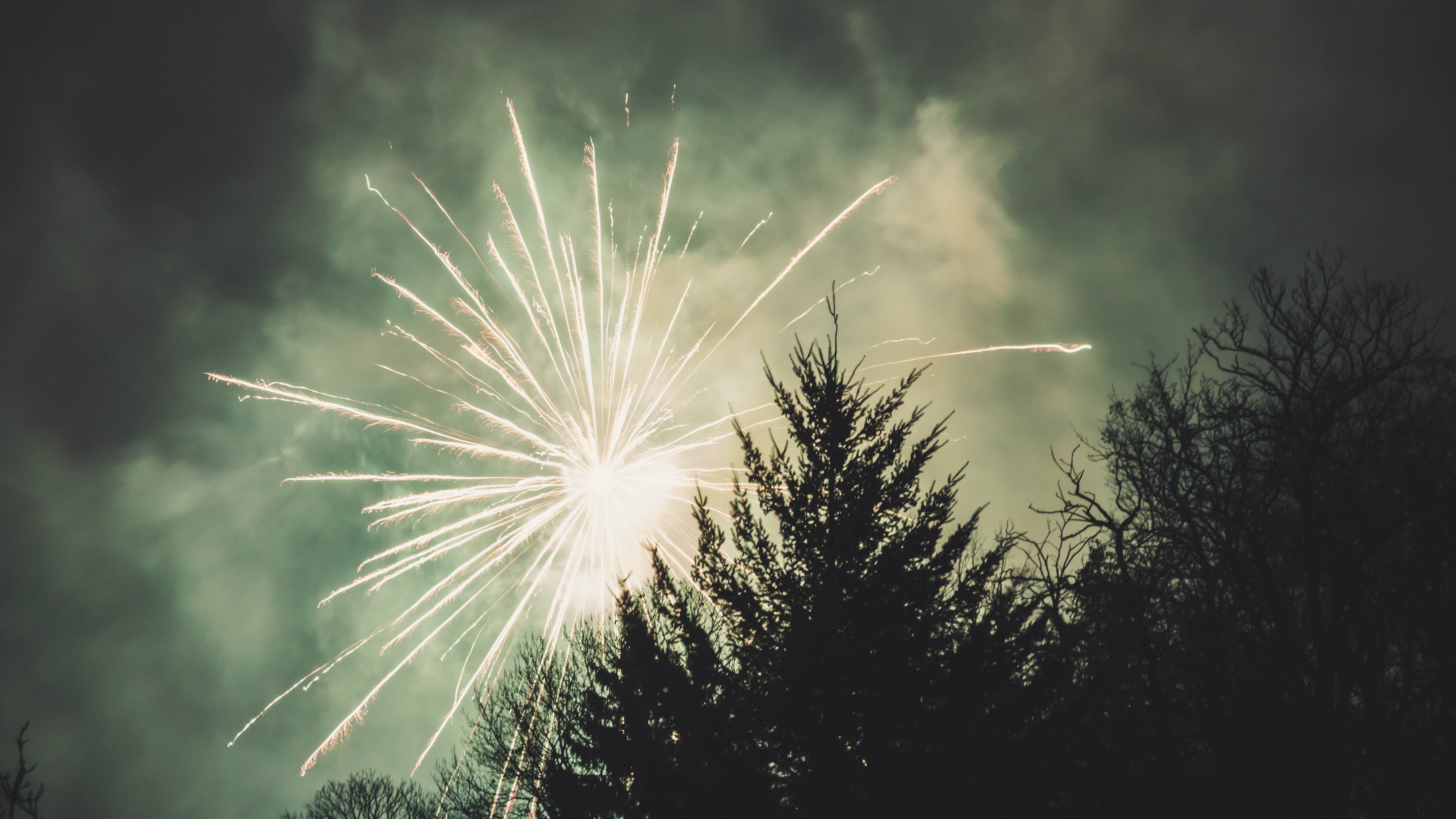 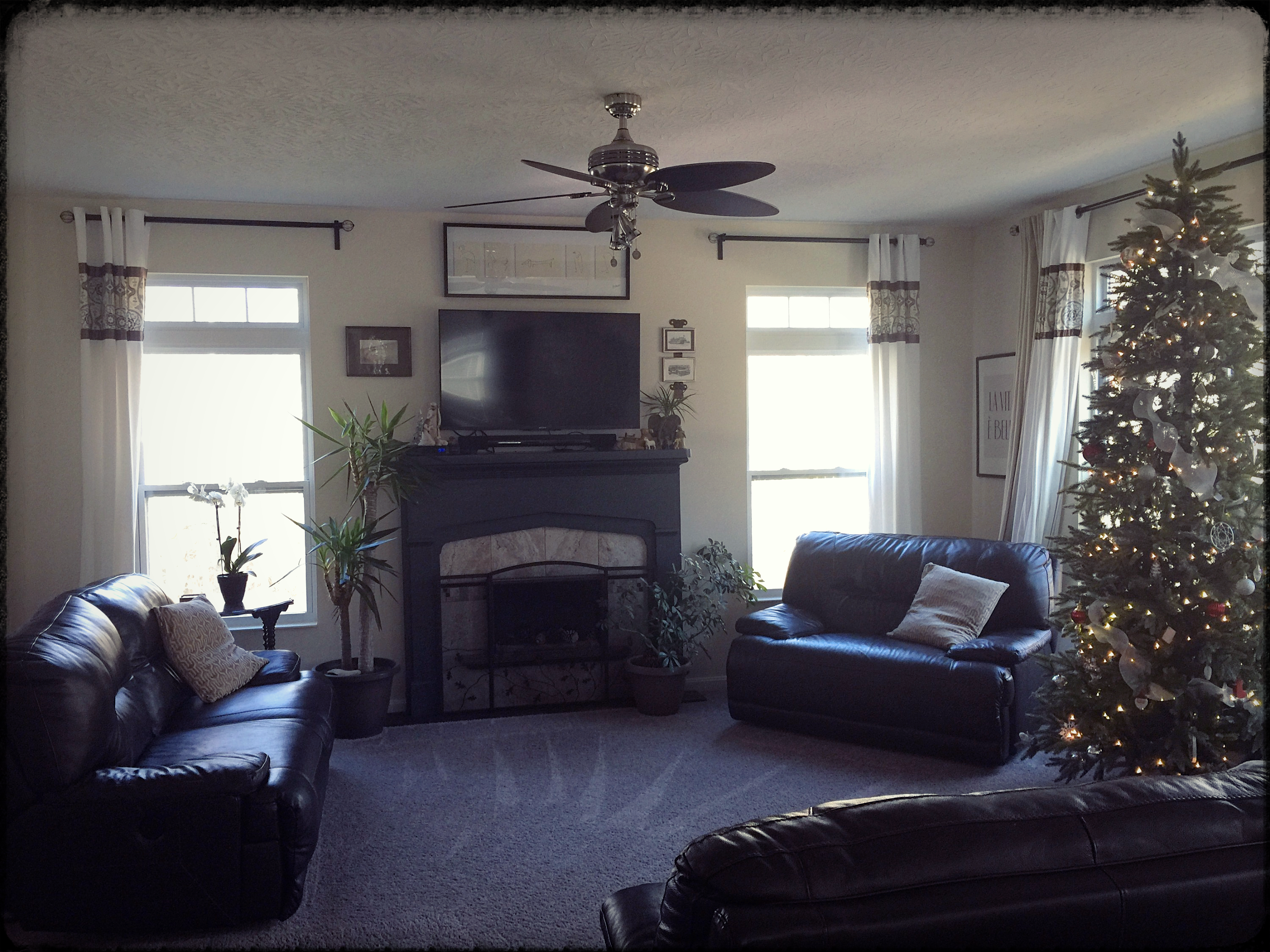 Faux Fireplace that Fools Everyone – Part 1